Trevor has made a life and career surrounded by the sights and sounds of food and drink. He has spent more than 20 years producing thousands of event experiences as an executive for major entertainment venues, top-tier hotels & casinos for the likes of heads of states and Hollywood starlets.

His agency Highbell Group curates uniquely immersive culinary events that pushes the boundaries of innovation and is also co-founder of the agency Quell representing food & drink talent with a focus on broadening BIPOC work and leadership.

Trevor is a regular contributor to Cityline, and just released his inaugural cookbook, Double Happiness, now available at all major retailers. 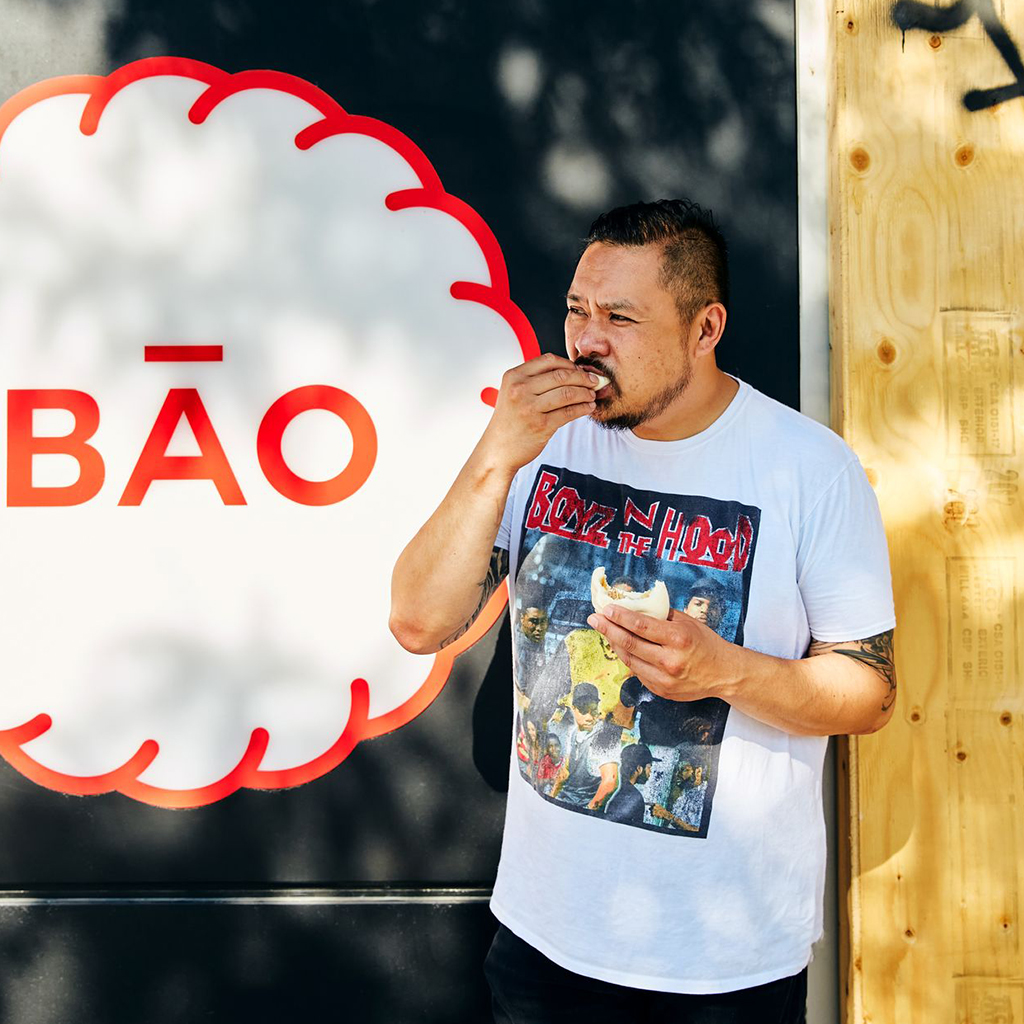 Elia Herrera, talented Executive Chef and owner of Colibri and LosCo Vegan. Born in Cordoba, Veracruz-Mexico, Chef Elia came to Canada in 2003, and immediately put her skills to work.

Herrera has extended her passion and love for food to the vegan community, with the newest addition to the “Los Colibris” family. LosCo Vegan is a promising restaurant full of Mexican flavours to vegan and non-vegan palates. 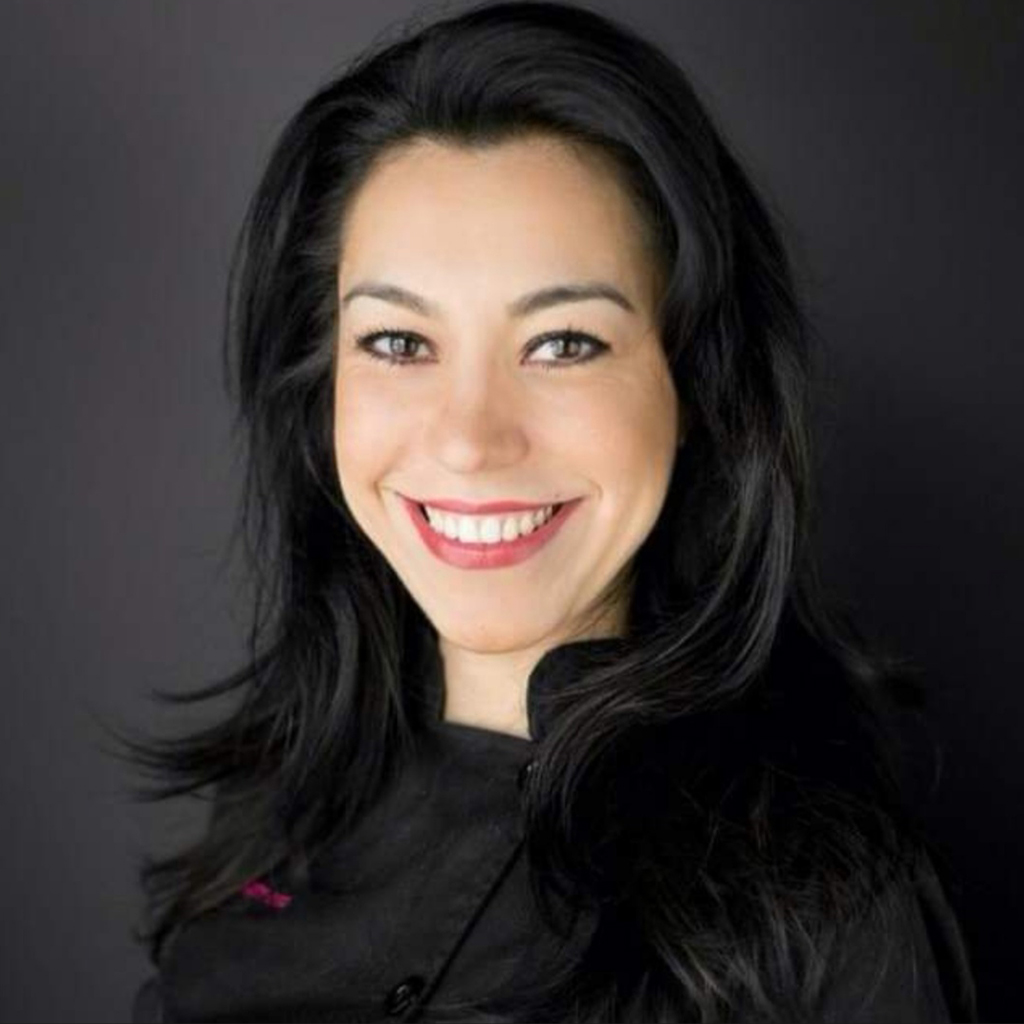 Chef-Owner Of Piano Piano Restaurant And Cafe Can Can Restaurant

Victor is a born and bred Ontario chef. His work ethic, passed down from his father, has driven him to his position as one of Toronto’s premier chefs. He has honed his culinary skills around the world and has made an indelible mark on Toronto’s restaurant landscape.

As Chef-Owner of Piano Piano Restaurant, Victor is once again forging new ground on the culinary scene. While he remains focused on finding the magic inherent in every single ingredient; he is allowing himself and his guests a chance to slow down and savour experiences that come with great food, great wine, and each other.

Victor’s desire to give his guests a singular culinary experience in Toronto will never change, though the way he does that has. At Piano Piano Restaurant, Victor and his family welcome you to their ideal Italian restaurant, where your hunger is sated and soul is nourished. piano, piano va lontano – slowly, slowly we go further. 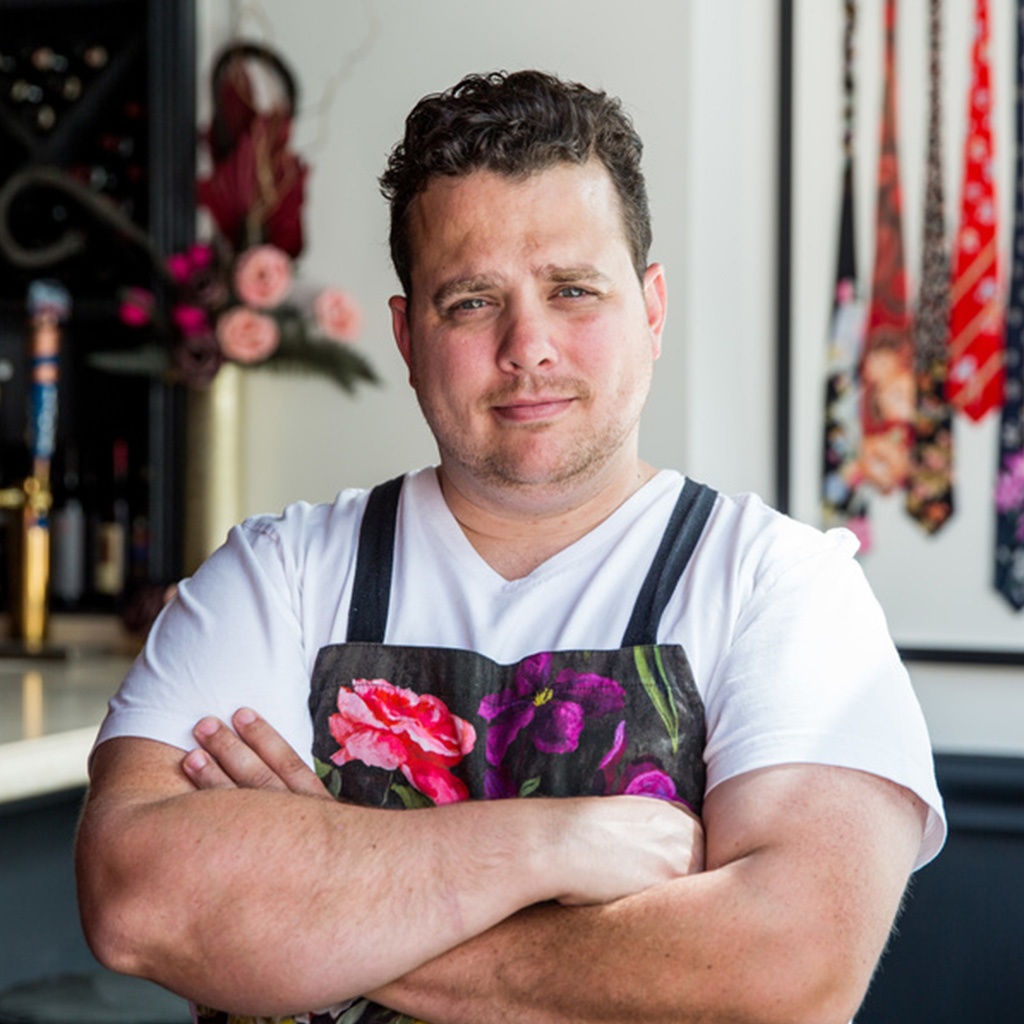 Julie Miguel is a digital content producer with a specialization in food media as well as an active food blogger. The focus of her blog, Daily Tiramisu, is to empower home cooks to be fearless in the kitchen and she does this by taking traditionally difficult recipes and making them easier to execute. Cooking is something that Julie has always been fiercely passionate about.

Julie’s food media career began after she placed 7th on the inaugural season of CTV’s MasterChef Canada. Since then, she started her blog and has made numerous appearances on CTV Your Morning, The Marilyn Denis Show, Fridge Wars and other National and Local Television channels. Julie continues to make regular appearances as a culinary expert on Cityline as well as hosting live cooking segments.

She began cooking after the tragic passing of her Mother at age 15. In May of 2016, she completed a culinary training and Chinese culture program in Suzhou, China. Julie continues to expand her culinary experiences through travelling coast to coast in Canada as well as favourites such as Portugal, France, Greece, Mexico and Jamaica. 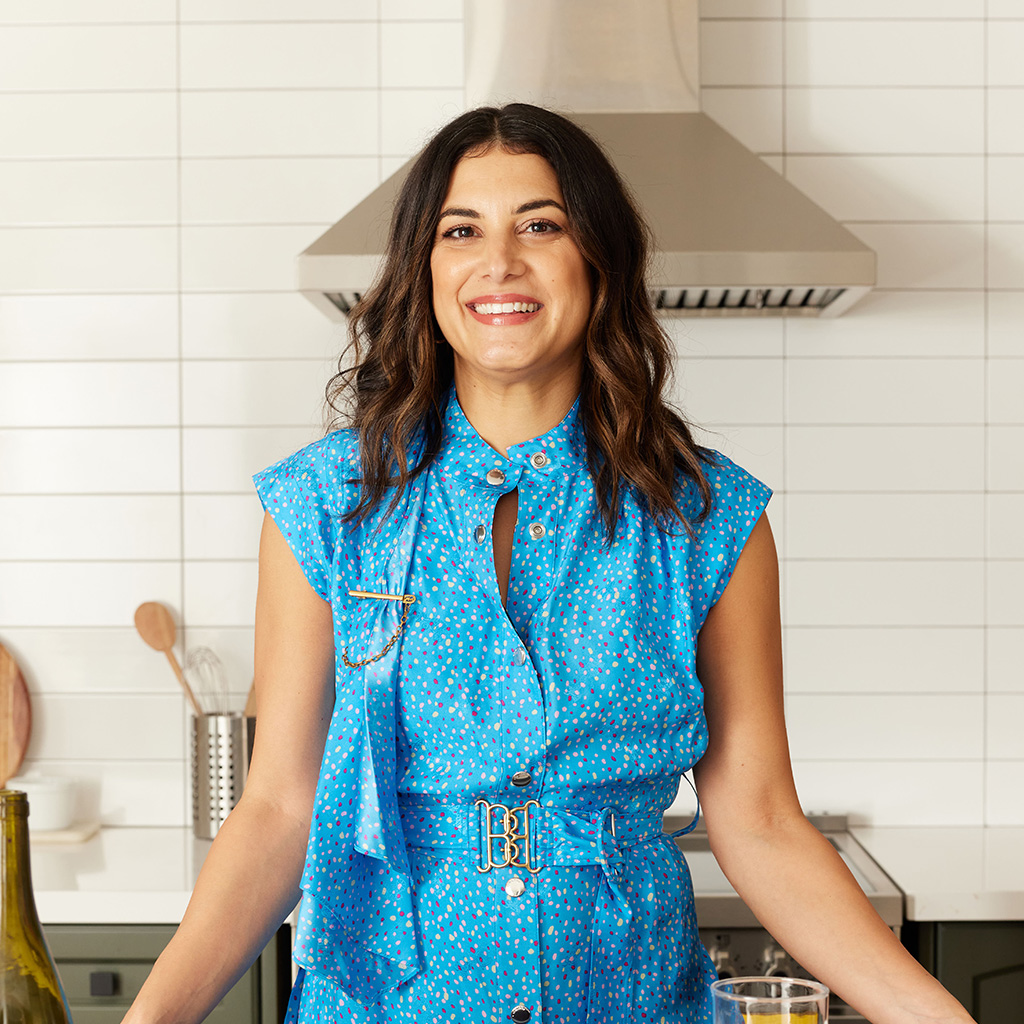 Chef Craig Wong’s cuisine incorporates his Jamaican-Chinese heritage along with the techniques and discipline he acquired from years working in Michelin starred restaurants such as, Alain Ducasse au Plaza Athénée in Paris, followed by Heston Blumental’s Fat Duck in England.

In 2014, he opened Patois Toronto, a fun and vibrant restaurant which pairs traditional Chinese family-style dining with the bold flavours of Asia and the Caribbean. In 2020, he opened Bar Mignonette a seafood wine bar with a focus on natural wines. He is currently the executive chef of Ting Irie, Dubai’s first Jamaican restaurant. Craig is the co-host of the iconic television series Cook Like A Chef, broadcasting on CTV Life Channel in Canada and multiple platforms in the US, Singapore, and South America as well as CombiNation Plates. 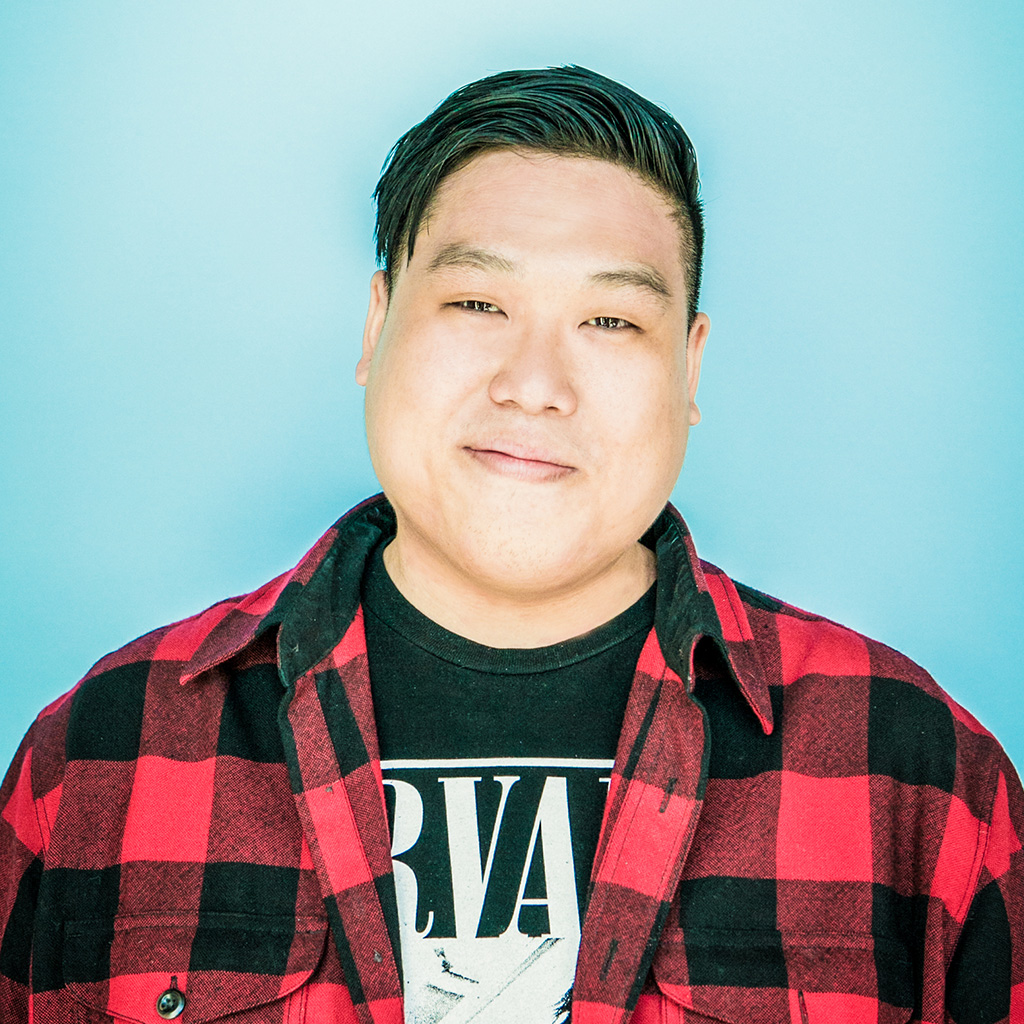 Matt’s passion for food is highlighted in his many ventures including his critically acclaimed Best- Selling cookbook, “The Great Lobster Cookbook” published by Random House, which was followed up by “The Great Shellfish Cookbook” in 2018.

If this isn’t enough you can catch Matt on Dine and Dash Radio as well as Trash Talk Sports Live. Matt is a sought after spokesperson and has done national work with such brands as Budweiser, The Blue Jays, the NFL, Canola Farmers and much more. Matt regularly appears on National TV as a food expert on The Social, Cityline and Your Morning! 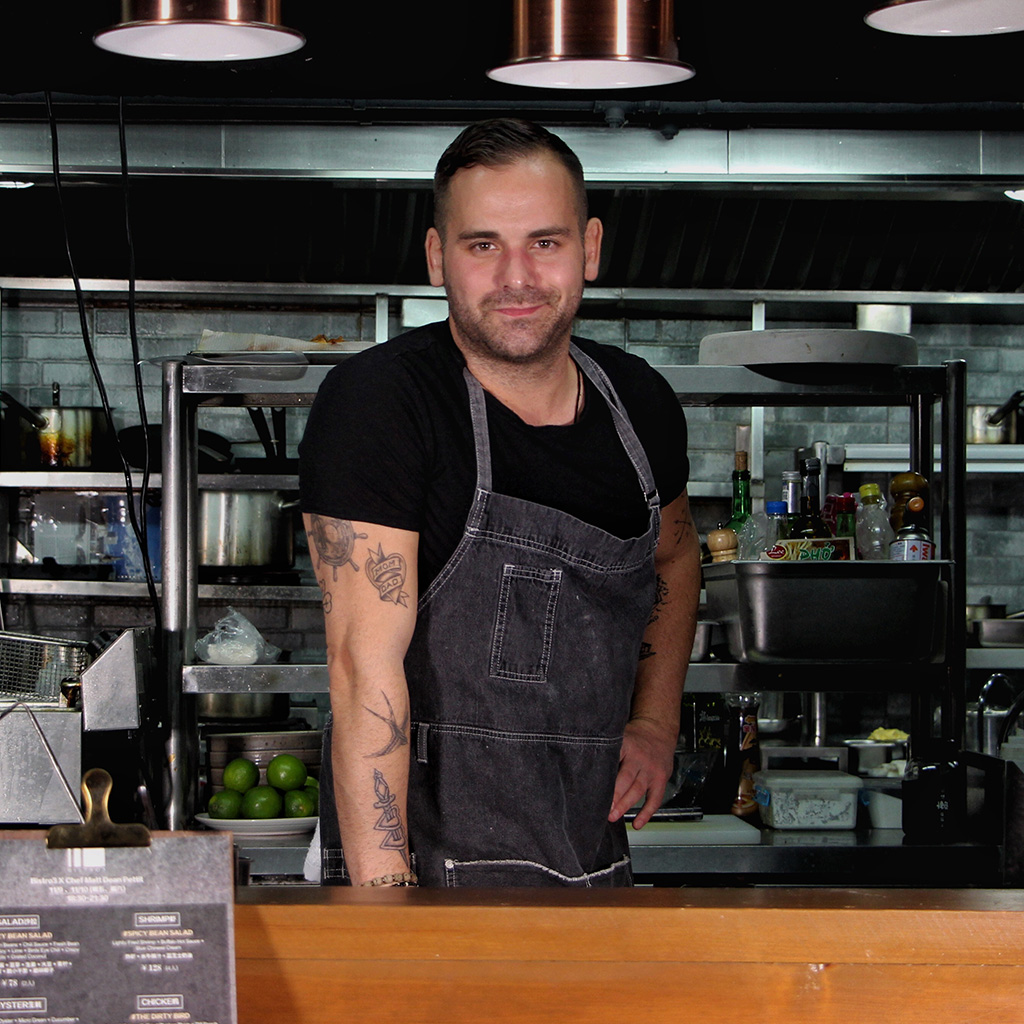 In 2015 Michael and Jody Shapiro opened Antler and have since had numerous accolades from the top new restaurant lists in Toronto Life, Air Canada en route magazine, Eater magazine, Dine magazine and Post City magazine. Michael has been invited to cook around the world in culinary festivals in the United States, United Arab Emirates, Australia, Russia and Brazil.

Hunter is a firm believer that anyone and everyone should have the option to access truly wild, organic meat in a sustainable way. At Antler they serve their guests game with regularly foraged indigenous Ontario herbs and edible flowers, along with an annual leek picks and one-off mushroom gathering trips.

When he isn’t in the restaurant Michael and his family enjoy being in the wilderness. “I am always in the woods; I love the outdoors. There is just something about finding your own ingredients as a chef. It is a fulfilling, primal thing for me,” he said. “It has become a huge part of my life.”

Michael’s first cookbook “The Hunter Chef” hit stores in the beginning of October 2020! 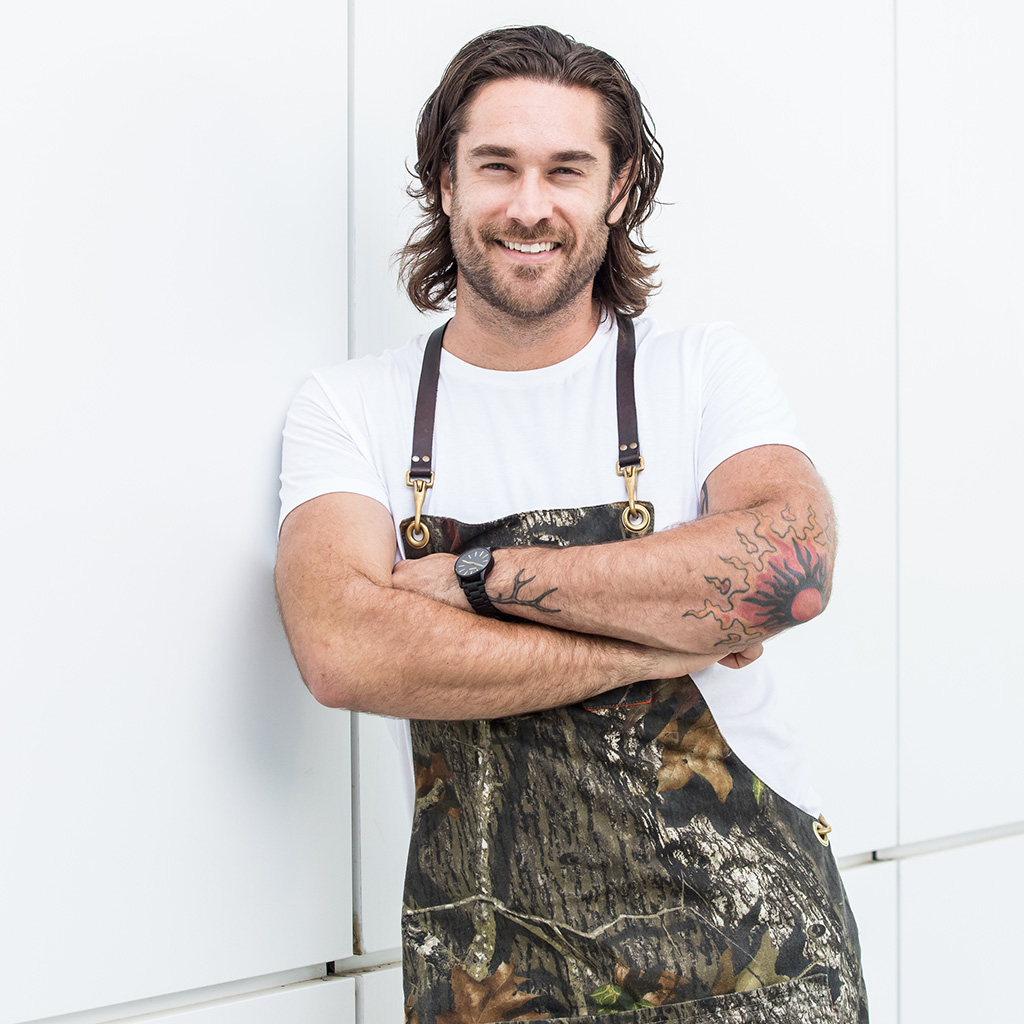 Frankie Solarik -Author of best selling cocktail book “The Bar Chef – A Modern Approach To Cocktails” and Owner of Toronto’s popular cocktail bar BarChef- rated by Food and Wine magazine as one of the “Top new and innovative bars in the world” – Solarik is a pioneer of the progressive and contemporary approach to cocktails internationally.

He has been profiled in major international magazines, and TV including features on CNN, as well as a guest judge on The Food Network’s popular “Top Chef Canada”, also being named a “Legendary Experimentalist” by The New York Times. The buzz, domestically and internationally, is due to the fact that Solarik isn’t just changing the way drinks are made, but because he’s changing the way cocktails are perceived in general, by applying the same detail and passion to preparing cocktails as a chef would to haute cuisine.

At BarChef Solarik continues to push the envelope; growing a reputation as an innovator and advocate of the progressive approach to mixology. His approach is unique, his research impeccable, and his goal, far – reaching – Put simply, to inspire others worldwide to adopt a completely new approach to cocktail culture and dramatically expand on the Modernist movement. 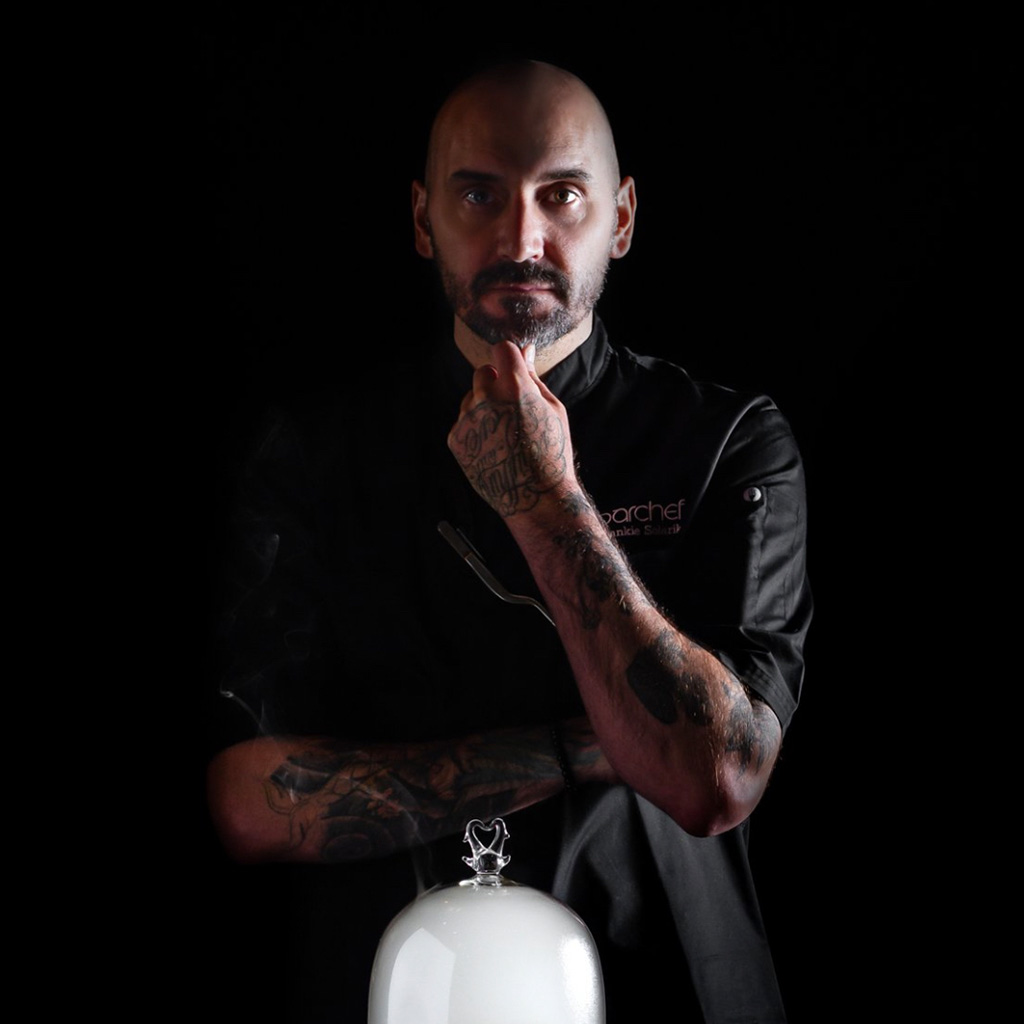 Chef Devan Rajkumar’s dedication and professionalism for his craft as a culinary and food expert is evidenced by his relentless passion and ambition to become one of the best in the food service industry. He is fiercely committed to FOOD at the highest level with compelling authenticity. His love for food and quest to showcase his talent is observable with his natural exuberance and knowledge when he is engaged in preparing a menu demonstrating for the public, competing in live culinary challenges, working the line at various restaurants, catering high end events, food styling or performing on TV.

A review of the numerous events he has participated in reveals his symbiotic connectivity and love for ALL things food related. Devan continues to expand his knowledge of food by travelling extensively to broaden his palate. 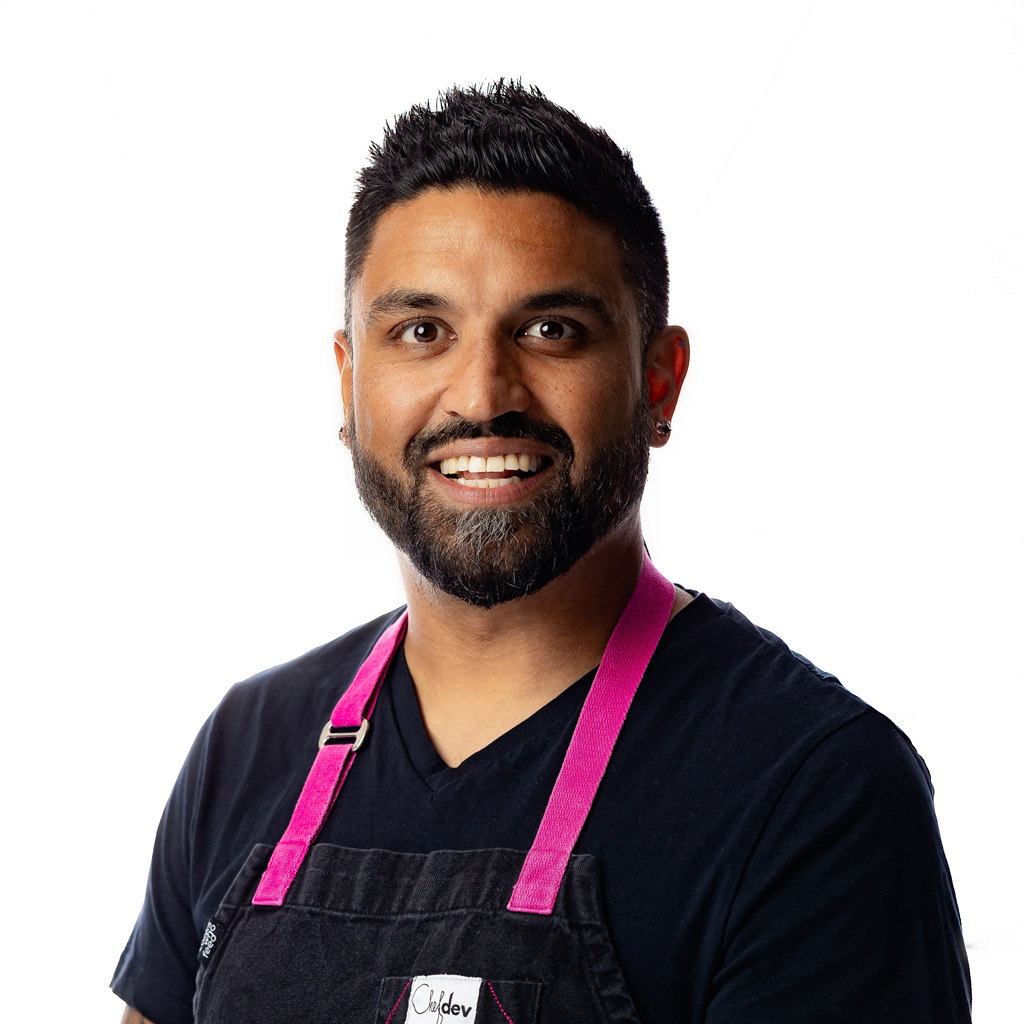 Bob Blumer is a professional gastronaut with an adrenaline addiction. He has written seven acclaimed cookbooks, created and hosted three award-winning TV series that have aired in over 20 countries, and broken eight food-related Guinness World Records.

In his books and live demos, Bob transforms ordinary ingredients into wow-inspiring dishes through simple cooking methods and whimsical presentations that have become his culinary trademark. His most recent cookbook Flavorbomb: a rogue guide to making everything taste better was awarded top honours at the Gourmand World Cookbook Awards and the Taste Canada Awards.

Bob’s first show, Surreal Gourmet, was a pioneering Food Network instructional show featuring his signature recipes, and anchored by his iconic Toastermobile; In his genre-pushing competition series, Glutton for Punishment, Bob had five days to train for a physically daunting, food-related challenge, and had to compete against highly trained professionals with his newfound skill.

Bob is an ambassador for Second Harvest in Toronto, and Love Food Hate Waste, a national zero-waste initiative.

Recipe: The Best of Canada Cheese Board

Maître Fromager (Cheese Master) Afrim Pristine is Canada’s premier cheese expert with over 25 years of experience in the art of cheese making and co-owner of Cheese Boutique.

As one of the world’s youngest “Maitre Fromager”, an honour bestowed in February 19, 2013, by the France based Guilde Internationale des Fromagers, Afrim is the only Canadian to receive this title, awarded to those who demonstrate exceptional cheese knowledge and recognized within their community.

Prior to that achievement, Afrim was also the youngest Canadian recipient to the “Chevalier,” a distinction from the Confrérie des Chevaliers du Taste Fromage de France (March 2007), following an upgraded status to “Officier du Fromage” in April 2010. He was also awarded with Top 30 Under 30 in the Food Industry by Ontario Hostelry Institute.

In the spring of 2021 his television show premiered! He is the host of Food Network Canada’s first ever docu-series “Cheese- A Love Story” with 6 X one hour episodes. Afrim’s first cookbook “For the Love of Cheese” hit shelves in October 2018 and is a bestseller! He is currently working on his second book! 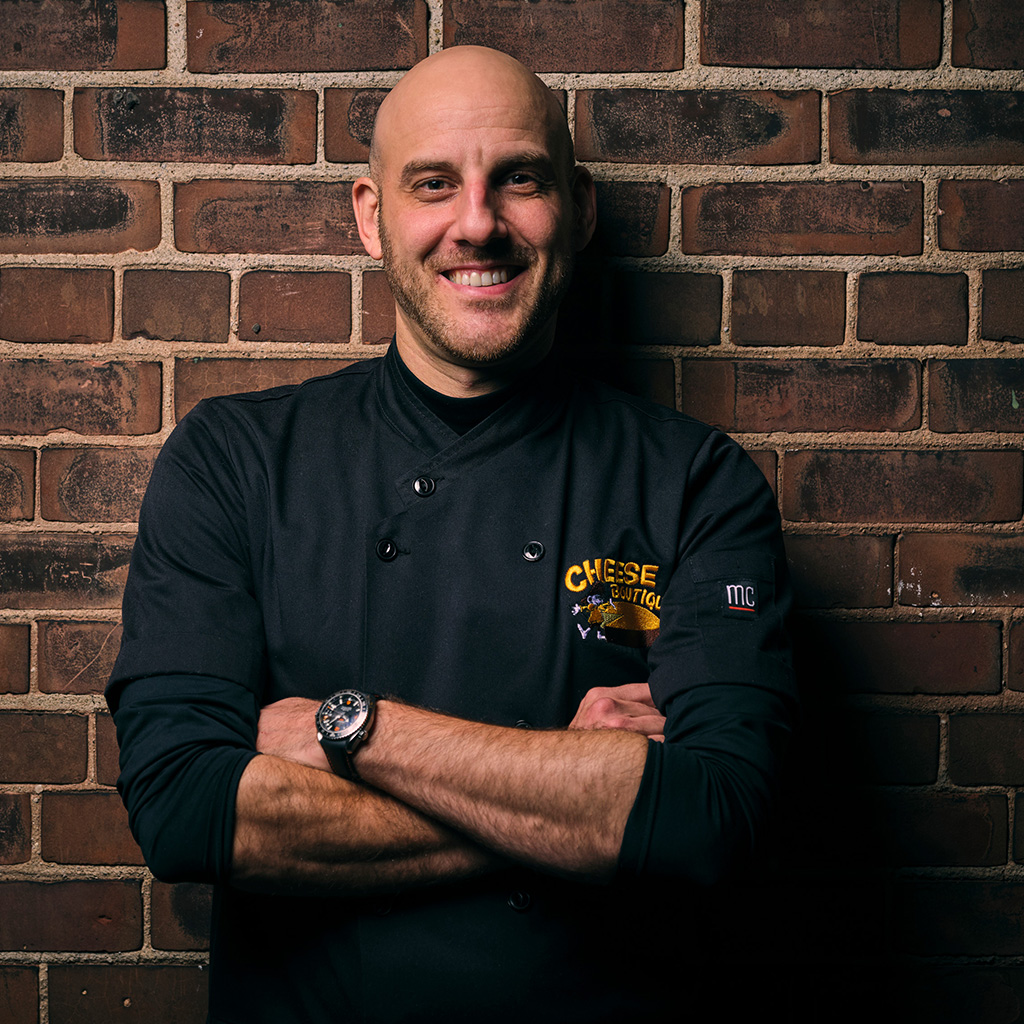